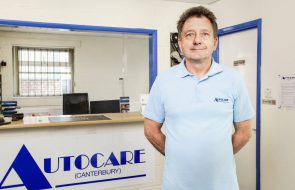 Norman began his apprenticeship in 1969 with the REME at Ashford, earning upon completion in 1971 his City and Guilds level 1-3 in Vehicle mechanics and Technicians Certificate. After this he completed an IMI qualification in Business and Law.

He started up on his own in 1981 before purchasing Autocare in 1999. Since then he has built the business up into the success it is today. 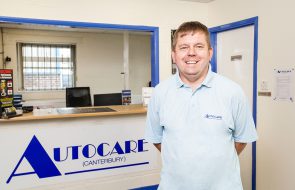 Phil has been working with Norman for 25 years, his extensive skills essential to the running of the business.

Able to carry out most if not all jobs in the garage, he now specialises in panel beating, paint spraying and accident repair. 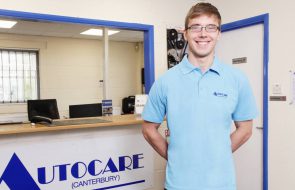 Dan started employment at Autocare in 2006 aged 15, completing his apprentiship in 2010 earning his level 1-3 in Vehicle Maintenance and Repair with Technical certificate. From a young age he was interested in diagnosing electrical faults with vehicles enjoying the challenge and reward of finding and fixing them.

After completing multiple training courses and gaining years of experience in the field, he is now the diagnostics specialist here, his talents a vital part of the team. 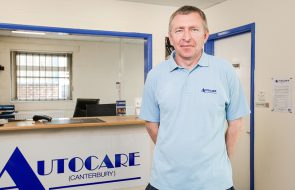 Russell began his career at Partco in Canterbury in 1988 as a parts assistant, moving to the REME, Ashford in 1989 as craft auxillary and stores operative, in 2003 he was employed at Daihatsu and Ford trucks service departments.

He joined the team here at Autocare in 2006 as service receptionist. Russell is often the first point of contact with customers and his many years of experience and brilliant service manners are an undisputable asset to our team. 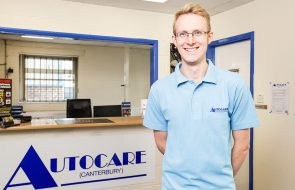 Roger began his training at a local Volkswagen specialist in 2008, attending Canterbury College he achieved his level 1-3 qualifications in Vehicle Maintenance and Repair with Technical Certificate in 2011.

Before joining the team in 2014 Roger had been employed at Park Hall Motors. A superb all rounder Roger carries out many of the mechanical jobs within the garage, as well as working in the reception when needed.

Ben is an apprentice here at Autocare Canterbury, he joined the team in 2019 and for the last 2 years has been working towards achieving his NVQ 3 in Vehicle Maintenance and Repair, which he will complete in 2022.

Ben is extremely enthusiastic and applies himself excellently to any tasks he is given, very keen to learn he is a brilliant asset to our team and provides an essential role here at Autocare Canterbury. 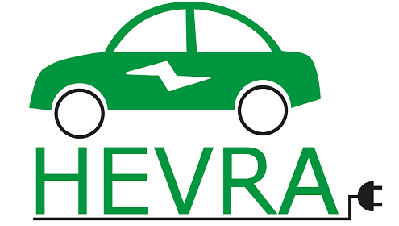